At the age of 37 I had pretty much made it at major bank. Having survived two selection rounds, I was about to be promoted from Branch Manager to Head of Sales Region. That meant an increase in salary, a smart office and a company car. But professionally I felt I had reached a dead end. I was dissatisfied – no, I was unhappy. The idea of trying to get as many of the bank branches as possible to sell as many financial products as feasible seemed to me like a nightmare.

At about the same time, a banking startup offered me the opportunity to set up their Munich office. The company had a business model which at the time was revolutionary within the industry: fair, transparent fees for providing clients with financial advice, with no working on commission. Fee-only investment advice was little more than a theoretical concept at the time, at least in Germany. There were no customers, no infrastructure and initially a lot less money to be earned. And I had two children and a pregnant wife to support. I wrote down a list of all the pros and cons of taking the job – and still had no idea what I should do. Some things are impossible to decide on a purely rational basis.

So I imagined where I would be in three to four years. Would it be worse to fail at the fee-only advice company and have to start all over again from scratch, or never to have tried it and watch while somebody else did it instead of me? That question was easier to answer.

I thought back to when I was a young man studying at university almost twenty years earlier. I had decided to do a History degree because I knew then that you're only good at the things you really believe in. What would the young Nikolaus think of me now if I stayed in my current job, just because it offered security? Wouldn't he think that I was a coward, a traitor to my principles? I realized that if I wanted to be at peace with myself, I had to have the courage to try to create something new, something better.

Looking back on it now I can see that I was right to follow my convictions. Not only that, it proved to be a good financial decision. As employees of the bank start-up, we have established a fair alternative to the classic commission-driven banks in Munich and the surrounding area in just under ten years.

It is certainly important to help people, whether through investment advice or asset management, with a rational and transparent solution for their liquid assets. I still provide this so-called independent fee-based investment advice today since I changed to Deutsche Wertpapiertreuhand as Senior Partner and asset manager. But is that really enough? After all, there are a whole range of questions highly relevant to our quality of life that often remain unanswered in conventional banking advice - usually also with the fee-based advisor.

For our own company, we have therefore defined a different claim and a different field of activity. We clarify topics such as: Will my assets be enough for me? How robust is my long-term financial life planning? When is the right time to transfer money to my children or sell my business? How do I go about it? Which forms of philanthropic engagement are really effective? And what happens to my assets once I myself am no longer around?

Founding Forty-Nine was therefore a logical next step for me - still married, now the father of four children - to consistently implement my idea of meaningful lifelong financial planning and strategic wealth management and to finally be entrepreneurial. In my long-time deputy Stefan Heringer, I have not only found the ideal partner, but in the meantime we have also succeeded in building up a small and powerful team.

Being part of a smaller company allows me to spend more time with the people I work for. We don't just manage our clients' money, we improve their quality of life. As owner of the company, l can also allow myself the luxury of only working for people I care about. And I am willing to put myself on the line personally for any of our team members or recommendations.* 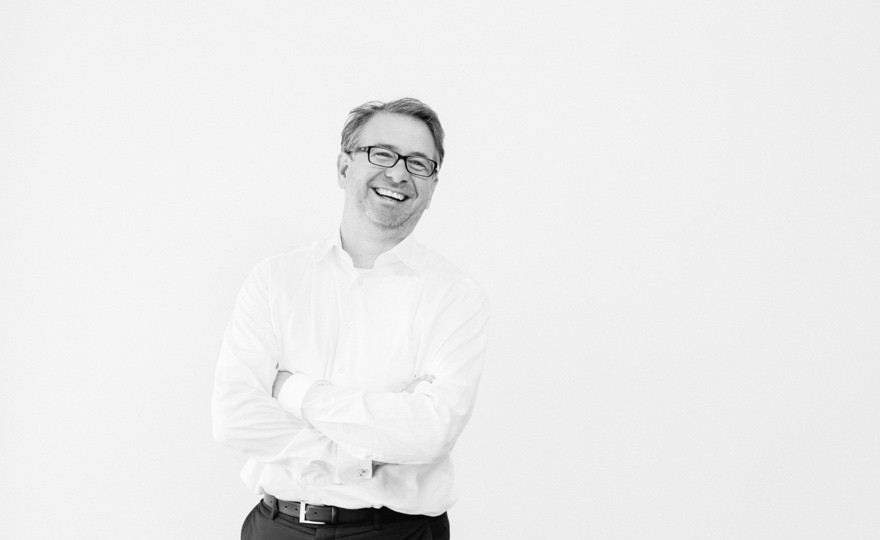